This post offers supplementary material for a recent edition of Historicist posted on Torontoist, which you should read first before diving into the following text.

Accompanying several of the stories I drew upon were plenty of  screaming front-page headlines. Or at least there were in the Star and the Telegram - it appears the Globe and Mail thought they were below their sober, reserved standard. TTC Chairman Allan "Lampy" Lamport soon caused enough problems for the transit provider on his own when he resigned his position several weeks later.


A few more headlines for your enjoyment. For those from the Telegram, imagine them printed on pink paper - sadly colour microfilm was not the standard sent out to libraries.

In regard to Long Branch’s transit history, I stumbled upon a piece by the Mail and Empire’s “Flaneur” H.H. Wiltshire from July 13, 1895. Published two-and-a-half weeks before streetcar service began, it sheds light on one benefit for residents  of the semi-rural communities surrounding Toronto: 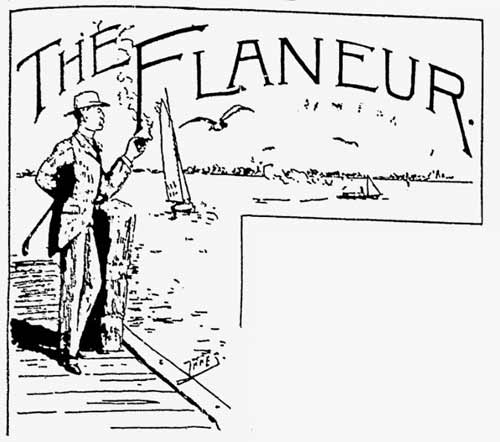 The opening out of the Toronto Street Railway line to Long Branch is the small beginning of a vast social change. In a very short time we shall have electric cars giving a regular service connecting Toronto with all the adjacent towns and villages. Not only shall we be able to leave the city as we like for either residence or pleasure, but small farmers will be able to bring their produce here at a small cost in time to catch the early markets. Now a man with a little fruit or vegetables to sell spends as much in time and money often in reaching the market as his goods sell for, and when he has paid the freight for horse and wagon and himself, not infrequently returns home with about as much money In his pocket as he started with. An extended street car service will alter and improve all of this.

If any current female politician left a heated meeting in a fashion similar to Marie Curtis when she failed to be re-elected to Metro Council's Executive Committee in 1959, hopefully the press would not refer to her going to or returning from the "powder room."

Curtis's anger regarding the meeting offered up a pre-internet example of Godwin's Law, which states "As an online discussion grows longer, the probability of a comparison involving Nazis or Hitler approaches 1." While we have hit lows in recent City Council discussions about public transit expansion and funding, I don't think anyone on either side of the divide has brought up Nazis yet...though a browse of frothy online comments probably makes the comparison.

When the legal costs were split among the six municipalities that appealed to the OMB to prevent the construction of the subway, those that fought the longest paid the least. The Star reported on November 13, 1959 that based on an assessment ratio, Long Branch would pay only $121.23 of a $4,849 legal bill. Who had to shell out the most? Its neighbour Etobicoke, stuck with a $2,334 bill.
Scribbled at 12:54 PM