Two adjacent sketches make up today's post. Did the artist try to suggest bags under each crook's eyes to illustrate their depravity in holding up one of the city's most prominent jewelers? Or did John Lester naturally look that weary? Also, were they trying to pass along their stolen diamonds to unsuspecting tourists in Niagara Falls? A possible sales pitch under that scenario:

WILLIAMS (since he shows promise as the smooth talker of the pair): Hello there young lovers. Are you here to celebrate your honeymoon?

GROOM: We are. Just arrived on the train. Been looking forward to this for three years. Do you know if anyone's going over the falls in a barrel today?

WILLIAMS: Wouldn't know. Not as common as you'd think. By the way, I notice your rings are not diamonds.

BRIDE: He couldn't afford them on his clerk's salary. But our love is priceless.

WILLIAMS: That may be true, but it would be nice to have one to show the depth of your love, wouldn't it?

WILLIAMS: It so happens I'm a travelling jeweler, and I have some sample diamonds I'm intending to show to dealers here. I think I may have one which is perfect for such a lovely couple as you two. And since it's a sample, I can let you have it for a reasonable price. Think of the envy your friends will feel when they see you with genuine diamonds!

BRIDE: Henry, we have to have them!

GROOM: Anything for you my dear.

WILLIAMS: Excellent. You will be happy with your purchase.

GROOM: Thank you sir. And now, let's go find somebody who can tell us if anyone is going over the falls in a barrel today. We really want to see this!

Sidenote: Ellis Brothers were based at 96-98 Yonge Street, north of King Street. The firm was eventually absorbed by Birks.

The second illustration depicts plans for a new YMCA at College and Dovercourt. A century later, the building still provides a place for locals to work out. It was designed by the architectural firm of Burke, Horwood & White, who also worked on the Central and Broadview Ys mentioned in the article. Neither of those buildings survive - the Broadview location is now residential, while the old Central site is currently occupied by Toronto Police Headquarters.
Scribbled at 10:44 AM No comments:

making trouble at the grand opera house with ward and vokes

First thing about this ad which caught my eye: the funky typeface used by the Grand Opera House, which it used for all its showcase ads during this period.

Second thing about this ad which caught my eye: "Lucy Daly and her Pony Ballet." Did Ms. Daly bring ponies on stage to performance classical ballet? Did she do an interpretative dance routine to salute ponies? While I'm unable to confirm either theory, it appears Daly was a singer/dancer who had toured with headiners Hap Ward and Harry Vokes for several years. The New York Dramatic Mirror noted that during a production of A Pair of Pinks in Montreal in 1905, Daly "was as bright and vivacious as ever and danced beautifully." I also wonder if she was related to another frequent performer in Ward and Vokes productions, Vokes's wife Margaret Daly-Vokes.

Third thing about this ad which caught my eye: "The Famous Fun Makers." Ward and Vokes were unknown to me, which prompted some digging. They appear to have been a popular touring act across North America starting in the late 1880s, producing farcical musicals. A program for their production of A Run on the Bank at London, Ontario's Grand Opera House in 1896 lists witty character names like Con Mann, Clubs R, Trumps, Adam Shame, Nera Mann, Billy Booze, and Sassy Moll ("a tough girl").

Harry Vokes's New York Times obituary raises another question about this ad: did Toronto audiences actually see Hap Ward, or did another comedian assume the name? According to Vokes's obit, the pair split in 1904 when War retired. Yet the act continued for several years. It's entirely possible Vokes kept the act's name, using new partners as necessary, or maybe the Times meant 1914. Vokes continued to perform until 1918, after which he worked at the Beacon Oil Company plant in Everett, Massachusetts. He died from injuries sustained in a plant explosion in 1922 at the age of 55. It was noted  that "Hap Ward was at his old partner's bedside during the night." Ward spent his retirement running a roadhouse near Boston, then died in New York City in 1944. His obit notes that he left behind a widow named Lucy - Lucy Daly of pony ballet fame, perhaps?

Local reviews of Trouble Makers were positive, albeit in the way most productions of the period received thumbs up (Toronto's newspapers lacked quality drama critics until the arrival of Herbert Whittaker and Nathan Cohen after World War II). E.R. Pankhurst of the Globe noted:

The piece is replete with ludicrous situations, the comedy perfectly irresistible. The dances and ensembles have much to commend them; the scenic settings are excellent, which the musical numbers...are particularly pleasing. Altogether the production offers diverson that could not be bettered and Ward and Vokes incidentally score another triumph.

This post offers supplementary material for an article I wrote for Torontoist, which you should read before diving into this piece. 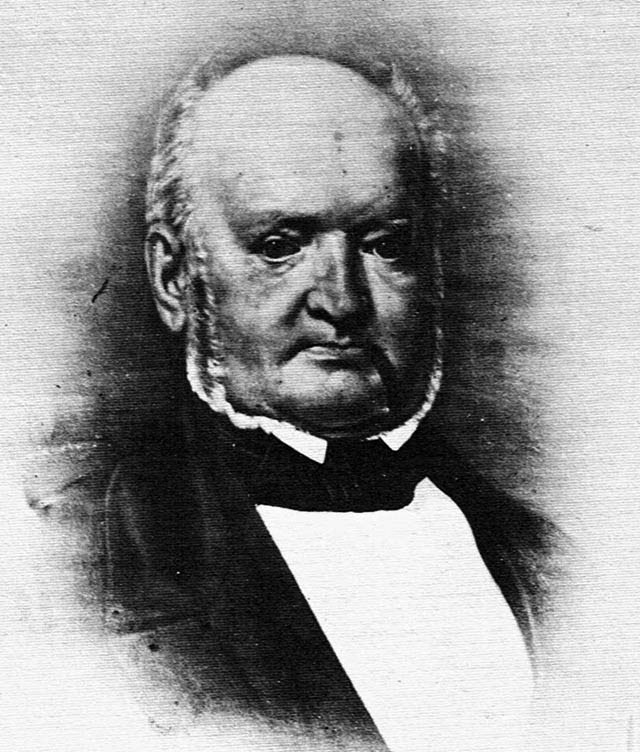 In an opinion piece published on November 30, 1833 complaining about the rejection of his expense claims in covering the provincial assembly, Gurnett described his editorial policy for the Courier of Upper Canada. He avoids mentioning that the “the true interests of this province” he believed in tended to coincide with Tory/Family Compact policies:

In the management of our journal, we have never courted, or deferred to, what is usually called public opinion; neither have we courted the approbation of persons in authority, or in fact of any individuals whatever. Our sole object has been to promote to the utmost extent of our ability and our means, the true interests of this province; and in the pursuit of that object; we have advocated those principles which we believed to be most conducive thereto; those principles we declared clearly and distinctly, when we first appeared before the public some seven odd years ago.

An odd one-shot cartoon found on the crime and southwestern Ontario news page of the Mail and Empire. It appeared above the daily rundown of the previous day's proceedings at Osgoode Hall, none of which involved hold-ups.

The only story with a vague connection to this illustration concerned two mail robberies in Essex County. In the first case, five men pleaded guilty to charges of "conspiring to rob Herbert Jacobs of Government mail at Tecumseh on February 15th." Severn Laforet, a bank teller, confessed to plotting the dastardly deed in order to cover a $2,000 shortfall in his accounts. One of those involved in the heist was also charged with two other men in an attempted hold-up of a mail car in Amherstburg.

The oddest story from the Mail and Empire's crime blotter came from the Chatham area, under the headline "INJURED BY VICIOUS SOW."


Roy Beamish, a farm hand employed by Charles Stewart, of Harwich, was seriously injured about the hands and body when he was attaced by a vicious sow while endeavoring to take young pigs away from her.

It appears no charges were laid against the sow.

I should be used to waking up to the radio blaring our glorious mayor's latest blunder. Should be, but it's still aggravating, maddening, and saddening all at once. That there are people who actually still admire the oaf is among the things that makes me fret about the future of humanity.

It appears our best mayor ever may have been ticketed for jaywalking last night. Which got me to thinking, especially after reading a story on the early history of jaywalking, when did the term first appear in Toronto newspapers? Cue a quick trip to the online archives of the Globe and Mail and the Star...

The answer appears to be two stories published a century ago. First, an item from the May 18, 1914 edition of the Star, which compares jaywalkers to another emerging menace of the automotive age, the joyrider.


The next day, the Globe published the following piece - less body, more headline: