From November 2011 through July 2012 I wrote the "Past Pieces of Toronto" column for OpenFile, which explored elements of the city which no longer exist. I've republished all but two of those pieces on this website. 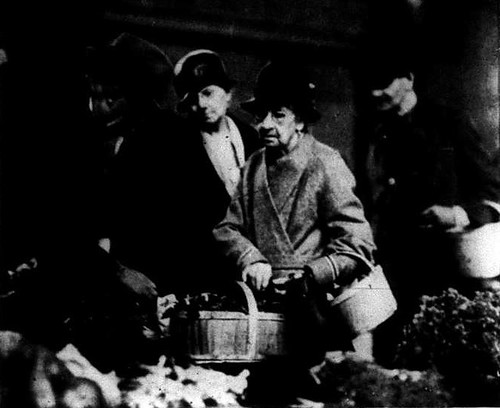 Sifting through files on one of my 7,853 USB keys, I found a folder of material I'd copied from City Lights, a short-lived (1934-35) Toronto magazine from the mid-1930s. Its content fell somewhere between the New Yorker and a Depression-era Toronto Life. City Lights is also one of those subjects that is perennially on my Historicist back burner - someday a profile will see the light of day, once I can find any information about its brief existence.

the poetry of william lyon mackenzie

Last night I went to Second City for the first time in ages. Little did I know the comedy wouldn't stop when I got home.

The interwebs were abuzz with news of  2010 Toronto mayoral candidate Sarah Thomson jumping into this year's race. Said candidate decided to launch their campaign with a lengthy poem which provoked waves of derision, because that's what you automatically do when you have a platform which allows only 140 characters at a time (though in this case, it is a train wreck of verse).

In my fatigued state, the following thought sprang into my head:

The only offhand example I thought of was a piece of doggerel I encountered while researching the incorporation of Toronto in 1834. Technically, William Lyon Mackenzie wasn't running for mayor when the following piece was written - the position didn't exist yet - but he'd be named our city's first chief exec soon enough.

Context: Mackenzie, along with some other Reformers, opposed Upper Canada's legislation to incorporate the Town of York as the City of Toronto, viewing as little more than an attempt to raise taxes and control who sat on the new city council.

And now, a sampling of the poetry of William Lyon Mackenzie:


Come hither, come hither, my little dog Ponto
Let’s trot down and see where little York’s gone to;
For forty big Tories, assembled in junta
Have murdered little York in the City of Toronto

If I stumble upon more verse by our city's past mayors, or mayoral wannabes, you can bet it'll find a home here.

The author, so obsessed with nice girls and CLOTHES, neglects to mention how ATHLETIC Great-Grandma was. Unless only the garments and the SUFFRAGIST banner were Great-Grandma's, the readers of 1914 were left to assume that the fishing reels, golf clubs, paddles, playing cards, and racquets WERE Great-Grandpa's. The author also neglects Great-Grandma's taste for WRITING, via the book on the floor and the typewriter hiding under the chair. FANCY that.

But this is me in 2014 LOOKING BACK at 1914. It's true many people's first impulse would be to don the vintage clothing to see how FUNNY they look. Or attractive...
Scribbled at 8:18 AM No comments:

and the oscar for criticizing the 1964 academy awards ceremony goes to...

To mark Oscar night, we're heading back 50 years to check the reaction from Toronto's TV critics regarding the 36th annual Academy Awards ceremony on April 13, 1964. Among the milestones that night were the first black performer to win Best Actor (Sidney Poitier in Lilies of the Field) and the first film to place three nominees in the Best Supporting Actress category (Diane Cilento, Edith Evans, and Joyce Redman in Tom Jones, all of whom lost to Margaret Rutherford from The V.I.P.s).