"you're looking younger every day, mother" 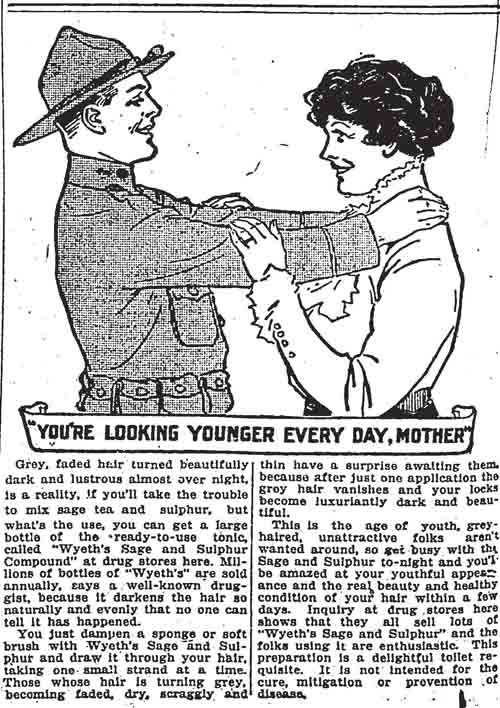 Toronto Star, October 19, 1918.
Wyeth's Sage and Sulphur Compound may have worked too well in restoring Mother's vitality, given Junior's longing look. We can't blame the sage, since this product didn't contain any.

***
Two years to the day after the last post on this site was published, the Warehouse is back in business. How long this revival lasts, I can't predict, or what form it will take beyond non-GTA centric material and old ads. I suspect most posts will be quickies I crank out while starting or ending my day, or while suffering from writer's block in the middle of a paid assignment.

One thing you will notice if you go back through the archive is that some posts will vanish, as I'm moving Toronto-centric material, especially my Grid pieces, over to Tales of Toronto over the next few months. As with my Torontoist pieces, these posts will contain plenty of additional material where appropriate, or merged with other content.
Post a Comment
Read more

bonus features: the 1960s backlash over the minimum wage 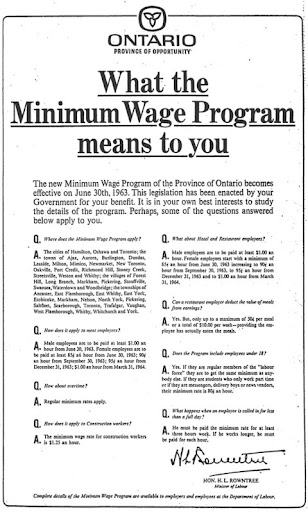 This post offers supplementary material for an article I recently wrote for TVO, which you should read before diving into this post. Click on images for larger versions.


The ads produced by the province to explain the implementation of minimum wages in the Golden Horseshoe. These versions originally appeared in the June 11, 1963 edition of the Globe and Mail.

Toronto Star, September 6, 1963.
How the Progressive Conservatives presented the minimum wage during the 1963 provincial election campaign. Small ads like these were used to tackle the various points of the Tory platform, including topics like margarine colouring. Note the local candidates spotlighted in this ad, who range from Minister of Labour Leslie Rowntree to future disgraced hockey figure Alan Eagleson. 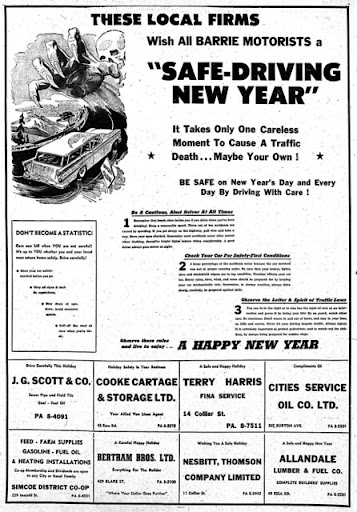 This post offers supplementary material for an article I recently wrote for TVO, which you should read before diving into this post.

Here's a sampling of the ads that were discussed in the piece. Note the rise and fall of the ghoulishness factor, especially among the Christmas-centric ads. Click on the images for larger versions.

The Weekly, December 20, 1967.
I tried to find similarly ghoulish ads in other Ontario newspapers, and discovered this safety campaign from Toronto Township (present-day Mississauga) which ran during the mid-to-late 1960s.
Post a Comment
Read more 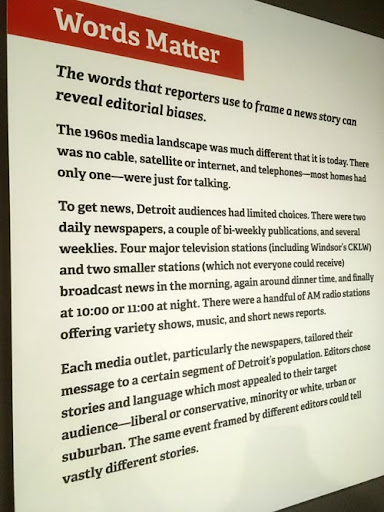 One of the elements I appreciated in the current Detroit Historical Museum exhibit on the civil unrest in Detroit in 1967 was its analysis of the media coverage. One panel lists what elements that we might expect today were missing.

For television coverage, a space designed to evoke a middle class living room displayed footage on screens resembling vintage sets. As you'll see from the articles included in this post, the Canadian coverage followed a similar playbook.

As the disturbance grew the morning of July 23, authorities urged the media to avoid or downplay reports, in order to maintain calm. It quickly became impossible to hide what was going on. CKLW-TV (now CBET) provided the first local TV report around 2 p.m. Soon, reporters from outside the region began descending on the region.

The Windsor Star initially ordered its employees to stay out of Detroit, threatening to dismiss anyone who did. According to Herb Colling's book Turning Points, the paper's executive edi…
Post a Comment
Read more 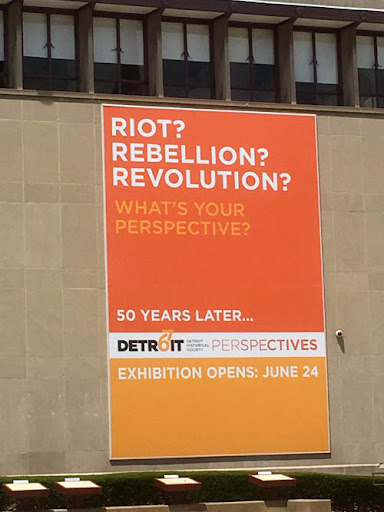 A police raid on a “blind pig” (an unlicensed drinking venue) at 12th Street and Clairmount Avenue in the early morning hours of July 23, 1967 provided the fuse for five days of civil unrest in Detroit. Whether you call what happened that week a rebellion, riot, or uprising, the repercussions are still evident around the city, and remain a well-debated subject.
Given Detroit’s proximity to Canada, the events that unfolded affected Windsor, and were commented on elsewhere around the country. What I aim to do with these posts is show Canadian reaction to the events in Detroit, primarily from newspapers in Toronto and Windsor.
This series grew from several streams of things I’ve done over the past year:

Collecting newspaper stories: Side stories I saved while researching Canada’s centennial, others I tracked down out of personal interest.Museum visits: if you’re visiting Detroit during the next two years, I highly recommend the Detroit Historical Museum’s Detroit 67:Perspectives exhibit…
Post a Comment
Read more
More posts