bonus features: the 1960s backlash over the minimum wage

This post offers supplementary material for an article I recently wrote for TVO, which you should read before diving into this post. Click on images for larger versions. 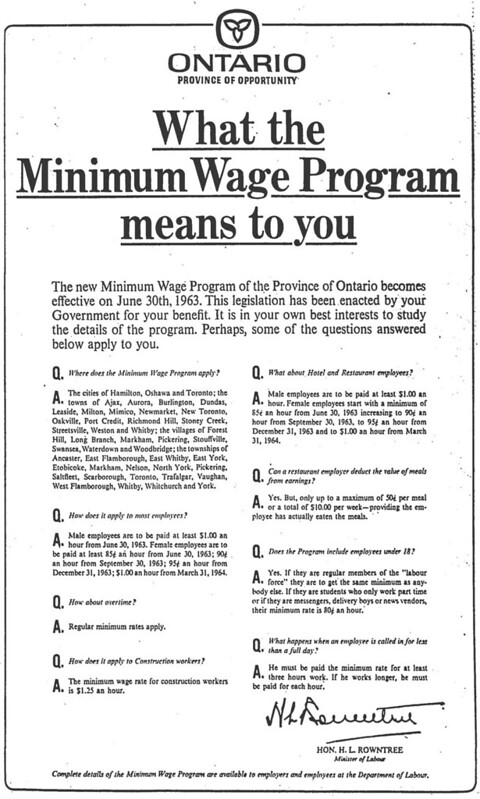 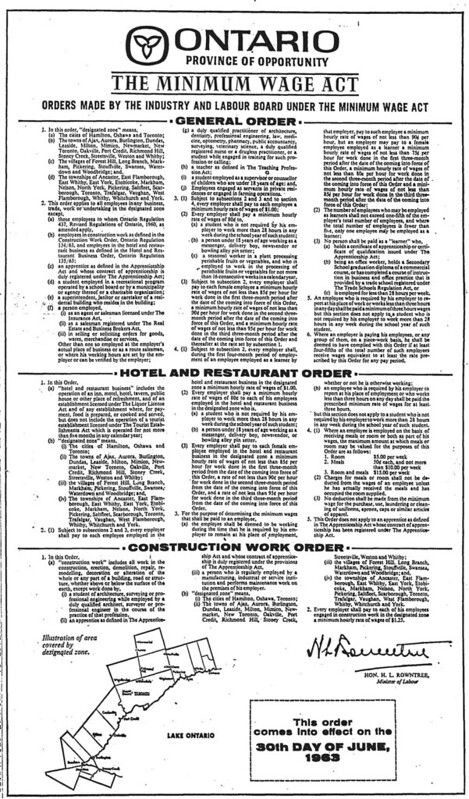 The ads produced by the province to explain the implementation of minimum wages in the Golden Horseshoe. These versions originally appeared in the June 11, 1963 edition of the Globe and Mail. 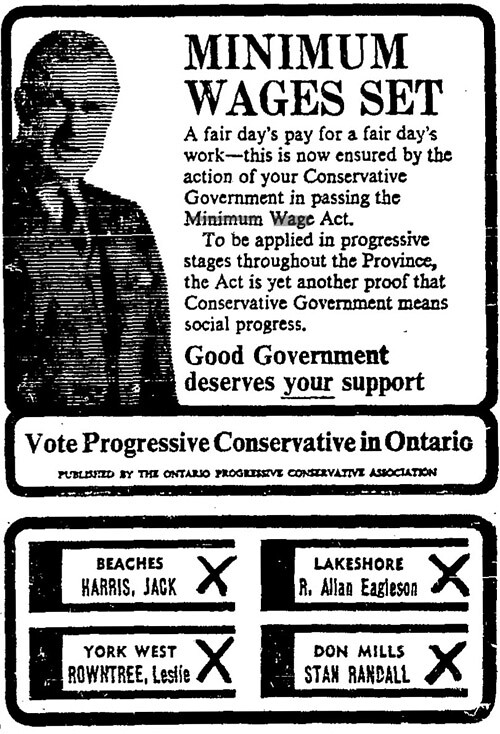 How the Progressive Conservatives presented the minimum wage during the 1963 provincial election campaign. Small ads like these were used to tackle the various points of the Tory platform, including topics like margarine colouring. Note the local candidates spotlighted in this ad, who range from Minister of Labour Leslie Rowntree to future disgraced hockey figure Alan Eagleson. 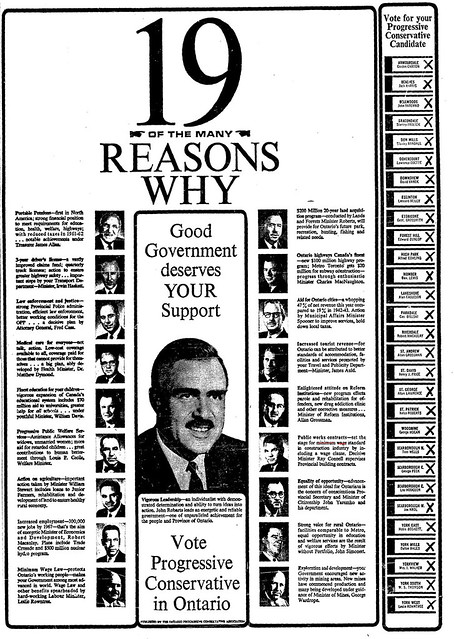 A Communist campaign ad mentioning minimum wage. There had been Communist MPPs (or Labour-Progressives as they were known) sitting at Queen's Park as recently as 1955, when Joe Salsberg was defeated after a 12-year tenure in the Toronto riding of St. Andrew. 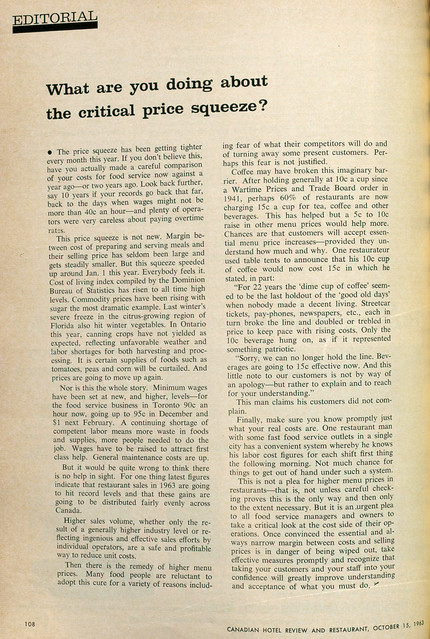 An editorial on how the hospitality industry could handle minimum wage and other increasing cost factors.
. 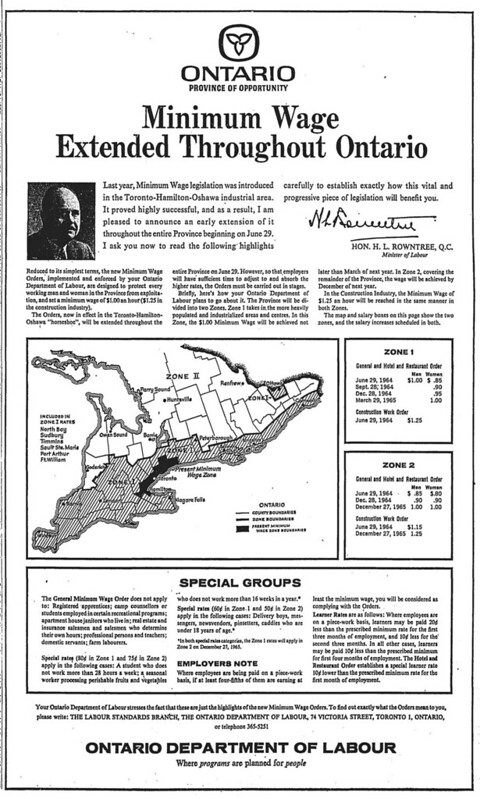 The provincial ad used to explain the rollout of minimum wage across the rest of the province, including a zone map. As far as we can tell, the schedule went as planned, and the $1 minimum wage was fully implemented by the end of 1965. 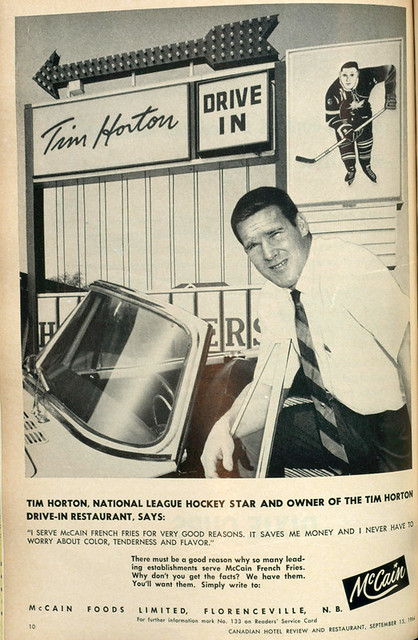 Since Tim Horton's is at the heart of the current debate surrounding minimum wage hikes, here's an ad I stumbled upon for the hockey legend's less successful drive-in chain. This was part of a series of testimonial ads for McCain's which appeared in Canadian Hotel Review and Restaurant during the mid-1960s.

A provincial ad for the next minimum wage hike, along with other employment reforms, which was implemented in January 1969.
Scribbled at 11:21 AM No comments: