- August 06, 2014
This post offers supplementary material for an article I wrote for Torontoist, which you should read before diving into this piece. 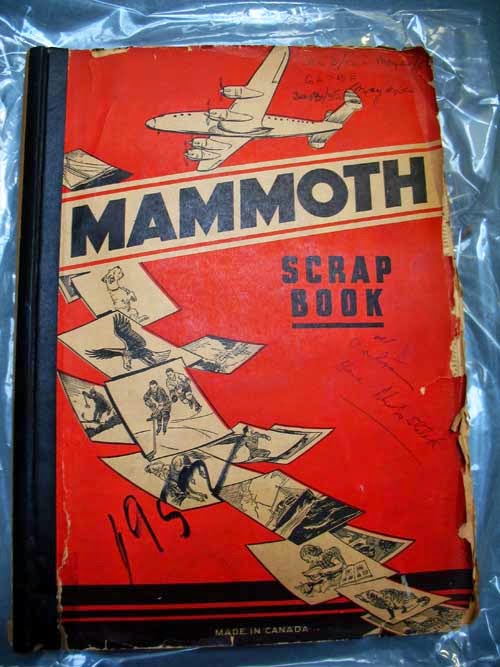 If only more mayors kept scrapbooks as extensively as Allan Lamport did. To say the dozens of brittle, flaking volumes sitting in the City of Toronto Archives were a valuable resource in preparing this profile is an understatement. Throughout his political career, Lamport clipped every article mentioning his name and pasted them into the type of scrapbook you can easily pick up at Staples or Wal-Mart. During his mayoralty, volumes are organized by newspaper, which is especially helpful in the case of the yet-to-be-digitized Telegram.

Warning: due to the condition of the scrapbooks, you’ll need to brush the flakes off yourself after viewing them.


How much material did Lamport collect over his career? Following his final run for the mayoralty in 1964, the Globe and Mail noted that cleaning out his [Old] City Hall office involved packing “1,000 pounds of records, letters, photographs and memorabilia.” Add to that whatever he collected during his final terms on city council (1966-72).

For space reasons (Lampy’s entire career could easily fill a two-part Historicist), I ignored his life prior to the Sunday sports debate. Had I touched on it, I would have relied on notes drawn from the scrapbooks on his youthful athletic prowess at Upper Canada College, and his entry into municipal politics. 1936 was a wild year for Lamport: defeated in January during his first run for council, appointed as an alderman in November to fill a vacancy created in the game of dominoes following the death of Mayor Sam McBride, and elected in his own right to represent Ward 2 (which encompassed Cabbagetown and Rosedale) in December. During the latter contest, the Globe and Mail endorsed his candidacy, describing Lamport as “a young and vigorous type of businessman.”

Neil Macmillan, the City Hall columnist for a paper identified in the scrapbooks as The Week-ender, offered an early assessment of Lamport:

He is out to clean up some of the age-rotted legislation that cramps our present election machinery and it is long since overdue. The old diehards will likely try to make the going difficult for the newcomer in our council deliberations but if we know our man he will hold his own with any of the old timers.

Macmillan likely refers to Lamport’s proposal to force voters to fill out all sections of the municipal ballot (aldermen, controllers, Board of Education trustees) instead of “plumping” (cherry-picking) only those races they cared about. His idea appears to have gone nowhere, as did his support for a rejected extension of Mount Pleasant Road. One area he had influence during his first stint on was council was sitting on the committee which chose Malton and Toronto Island as the region’s main airport sites. Lamport brought strong credentials to the committee, having launched one of the city’s first commercial aircraft businesses during the 1920s.

Lamport moved on to Queen’s Park in October 1937. He represented the riding of St. David through 1943, though the second half of his tenure was overshadowed by his enlistment as a flying officer in the RCAF. Wartime duties curtailed his re-election campaign, playing a role in his loss to future Toronto mayor William Dennison. After the war, he returned to municipal politics.

***
Reading the coverage of the Sunday sports debate in late 1949 makes the head shake. The arguments for continuing to ban recreational activities are strained at best, patriarchal at worst. They’re like those old educational films which suggest a sip of beer or a single toke will turn all innocent teens into depraved junkies rotting in jail. Claims that swings were chained on Sundays due to a lack of funds for supervision smell like bullshit. As pro-Sunday sports Globe and Mail columnist Frank Tumpane noted, technically organized sports were allowed as long as the proper permits were issued by the city’s parks department…who just happened to never issue any on Sunday.

In their editorials, the newspapers came up with many excuses and cheap potshots to defend the status quo. Among the targets: those crazy people enjoying Sunday activities in Montreal.

Some of the letters to the editor which The Star has published have mentioned the fact that Montreal and many American cities have an open Sunday and have cited this as an example to follow. But with all due respect to the Quebec metropolis, we do not believe that it is a better or more pleasant place to live in than our Ontario cities, or that the character of its Sunday makes it more attractive. (Star, December 20, 1949)

After reading that, I immediately wished I could teleport to la belle province.

If you believe the editorials, the overriding fear was that allowing organized sports on Sundays would result in a horrifying commercialization of the Lord’s Day. I sense there was a feeling that the established churches and moral tut-tutters worried they might lose their hold on the public, a power which was fraying as the city became more multicultural.

The anger of certain clergymen was evident in a story the Globe and Mail published on election day. Reverend A.H. Ferry of the Davenport United Church was among those who attacked Seventh Day Adventists as “pseudo-Christians” for backing Sunday sports.

There is one section of the universal church which has recommended that we break the Sunday observance. This is a poor spirit, hardly Christ-like. I prefer to deal with an honest atheist htan with pseudo-Christians who sell out the Christian church for personal ends. That sort of thing does more harm to the Christian faith than anything else.

In the same article, Reverend B. Simpson Black of Bonar Presbyterian Church believed voters who approved of Sunday sports deserved to be classed with anarchists, Communists and materialists. He despaired that the next step would be allowing bars to open on Sunday (“there is no length to which the liquor people will not go to make more money by debauching the youth of this dominion”). As for the Adventists, they were “paving the way for a pagan Sunday such as they have in parts of the United States and in Europe. We must hold that line.”

The article gave the final word to Pastor W.G. McPherson of Evangel Temple, who pointed out that Russia and Spain had destroyed the meaning of Sunday and suffered dictatorships as a consequence.

Toronto has held the highest standard in the world for Sunday observance for many years. People ridicule the blue laws and our forefathers who made them, but without our forefathers we would not have had true democracy. They set the standard for us.

***
The first Sunday Maple Leafs baseball game had a few problems. A double-header was scheduled against the Jersey City Little Giants, which proved almost impossible to slip in given that the initial legislation only allowed organized sports on Sunday between 1:30 p.m. and 6 p.m. The Leafs lost the first game 9-5, and were down 4-1 at the top of the fourth inning in the second match. International League rules required 4-1/2 innings to be played to validate a game. There were only 40 minutes left on the clock before the match had to shut down. The resulting farce saw Jersey City attempt to end the fourth inning quickly while the Leafs stalled (even though manager Jack Sanford made a trip onto the field to tell the team to cut it out).

Lampy broke the dame under the banner of Sunday sports. Stop locking up even the playground swings, he said. Lampy campaigned for the WASP city of churches to loosen its girdle and be prepared for pantyhose—if not bare legs. The city was ripe for change due to the immigration that boomed after World War II, and the attitude of many that, after the tribulations of the war, they weren’t about to...take the fun out of any day of the week.

One significant period of Lamport’s scrapbooks is missing from the City Archives: his tenure as TTC chairman and commissioner (1954-60). Though I haven’t followed this up yet, my guess is that these reside with the TTC.

Lamport despised hippies. Throughout 1967 and 1968, there are endless articles covering his latest outbursts against the denizens of Yorkville. In his book The Smug Minority, Pierre Berton offered one theory behind Lamport’s distrust of youth:

The clue to it lies in Allan Lamport’s words that “these people are out to wreck society’’—a curiously positive attitude to ascribe to a group that has virtually no organization, very little overt purpose, and a genuine tolerance of others. And yet, if the hippie movement spreads, society as we know it will be revolutionized, and those who support the work ethic sense it. The hippies in their rejection of the timetable and the clock represent everything the establishment has been preaching against. Their real blasphemy is that they do not believe in the virtue of work for work’s sake.