the backstreets of toronto: denison square 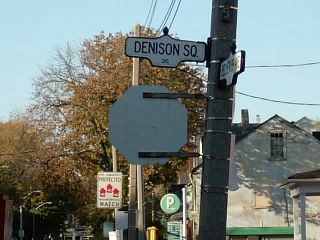 Before diving in, here's Kensington Market as it was laid out 120 years ago (source: Goad's 1884 Atlas of Toronto, taken from Lucy Booth Martyn's 1982 book The Face of Early Toronto). 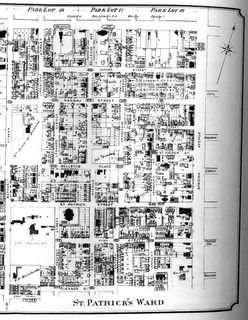 Note the many changes in street names: Kensington Ave was an extension of Vanauley St, Augusta was Grosvenor, Baldwin was Clyde, etc. We're interested in the plot marked "Col. Denison". 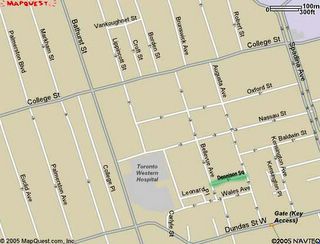 Denison St and Sq were named after the Denison family, who earn a brief sketch in the back of the 1966 edition of Henry Scadding's Toronto of Old (1873):

DENISON FAMILY
Descended from John Denison and his wife Sophia who emigrated from England in 1792, the Denisons have been active in Toronto political and military activities from the first, and have had more members on the city council than any other family. (362)

As mentioned in previous entry, the Denisons purchased land previously owned by Major Edward Littlehales. The family home was Belle Vue, located on the north side of Bellevue Square. Scadding described the house as "a large, cheery-looking abode lying far back but pleasantly visible from Lot Street (present-day Queen West) through a long vista of over-hanging trees" (258).

George Taylor Denison I (1783-1853) married four times and owned title on 556 acres in modern Toronto before his death. He had a lengthy military career, serving in the War of 1812 and the Rebellion of 1837 (he and William Lyon Mackenzie butted heads on Toronto's first city council). His son Robert gradually subdivided the family estate. One of Robert's legacies is under threat: St. Stephen's-in-the-Fields Church. 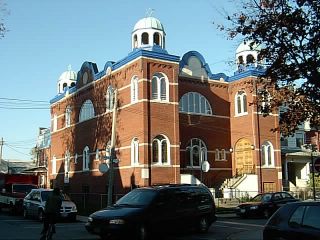 Belle Vue was demolished in 1890, replaced by two homes, which were demolished in 1926-27 for the present occupant at Bellevue and Denison Sq, the Kiever Synagogue. 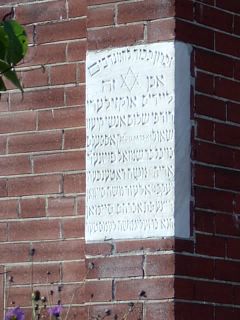 Any experts able to translate this inscription on the east corner of the synagogue? Kiever's e-mail address appears to be down.

Update: from Paved's Marc Weisblott:
The synagogue inscription is presumably a dedication plaque that incorporates English words and presumably Yiddish vernacular but spelled out in Hebrew letters e.g. the line under the star reads "ladies auxillary" and a few proper names are beneath that. 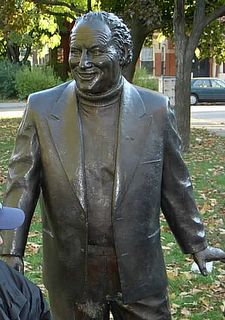 Across the street, in Bellevue Square Park, stands TV's King of Kensington, Al Waxman (1935-2001). The benches by the statue are usually packed, though I haven't seen anyone carry on a conversation with Al. The statue can be disconcerting after dark; one time, I walked with a friend by a park, who jokingly told me to watch out for the strange man who stands all night long dishing out drugs. 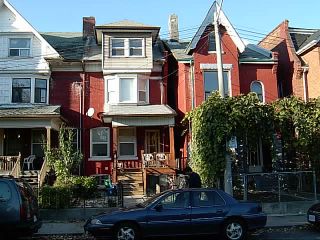 Some of the homes facing the park. 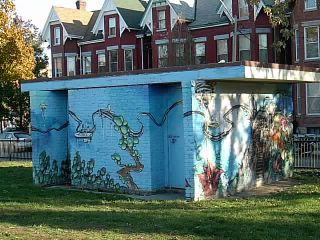 A floral-themed structure on the south side of the park (Wales Ave in the background). 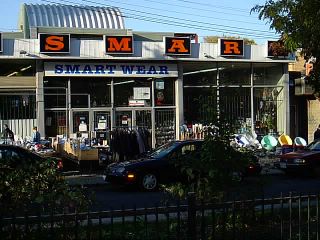 Back across the street to Sasmart, purveyor of kitchen goods and clothing. The window is full of throwback items, as mentioned in an earlier post. 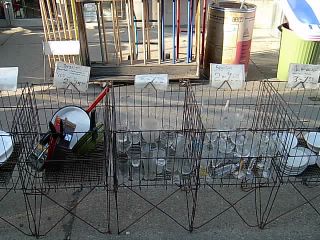 A closer look at some of the goods to be found outside of Sasmart. 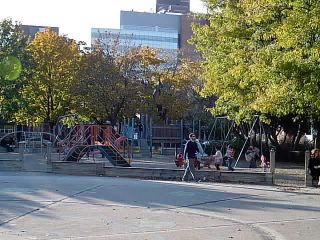 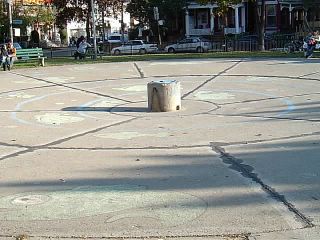 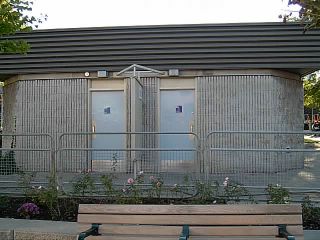 A grey set of washrooms at the east end of the park. 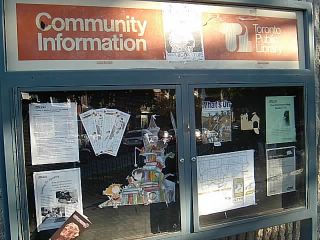 A well-worn community notice board, with the quickly-vanishing old Toronto Public Library logo. 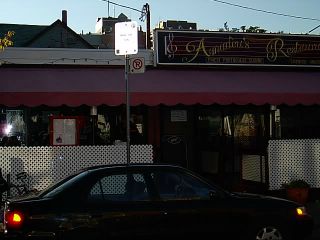 Denison Sq comes to an end at Augusta, at Amadeu's restaurant (Toronto Life review). Portuguese businesses flourished in Kensington Market during a wave of immigration in the 1960s and 70s. 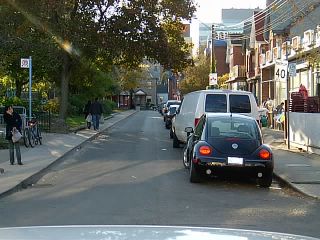 But we're not finished yet. Time to turn around and snap an westward view. 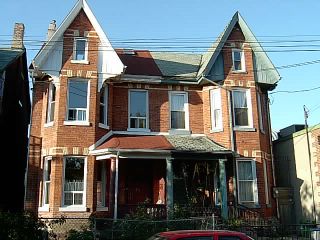 Head back down the street, passing more homes that impress in the fall sunshine (these pictures were taken around Halloween)... 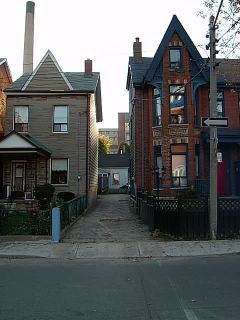 ...and back to Bellevue. An alley lies west of Bellevue - the smokestack on the left is part of Toronto Western Hospital.

Next: We move south to the Entertainment District and a street named after a man who left one of 19th Century Toronto's messiest wills.
Scribbled at 9:35 PM